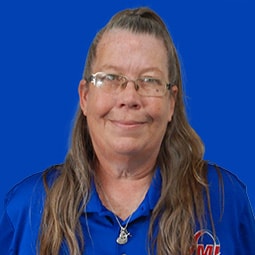 Picture it: The year is 1972. Richard Nixon serves as President of the United States. Tie-dye shirts and bell-bottoms are in style. Gas costs 36 cents a gallon, and the newly invented scientific calculator represents the pinnacle of technology. In a Quonset hut in Oklahoma City, Gene Maitlen and Bob Vaughn decide to get into the dredging business. With the help of Gene’s son Randy, they form Vaughn-Maitlen Industries (VMI) and so began a journey of growth and innovation.

VMI, Inc. was based in several different locations until 1976 when the production facilities finally settled in Bethany, Oklahoma. Soon, VMI added bigger and better dredges to their line of equipment and set up a network of distributors. Gene’s other son, Tony, joined the company to support sales.

“VMI has a long history, and I intend for it to keep extending. 50 years is quite an accomplishment, and I am proud to continue the progress put in place before me. Only a small percentage of businesses last 50 years, let alone retain ownership under the same family name through multiple generations.
VMI has much to be thankful for and so much to look forward to.”
Cash Maitlen, VMI President

As one of the most recognized hydraulic dredge manufacturers, VMI began to sell dredges worldwide and added an international salesman to the team. In 1989, having outgrown the Bethany location, VMI began construction on a new production facility in Cushing, Oklahoma. VMI designed and built this facility specifically for manufacturing dredges and it remains the current site of VMI’s production. In 1997, Gene Maitlen and his two sons, Tony and Randy, purchased Bob Vaughn’s share of the company, bringing ownership of VMI exclusively under the Maitlen name. In 2007, VMI expanded its facility to include additional manufacturing and parts storage space. A new logo was introduced at the end of 2019 to better reflect the company name and image. More changes came in 2020 when VMI added enhanced testing and training capabilities to improve product innovation and better serve the needs of customers. Parts inventory and storage capacity were also increased to expand the availability of in-stock items.

Cash Maitlen represents the 3rd generation of the Maitlen family to lead the company. He proudly serves as president of VMI, Inc and is honored to carry on the vision that his grandfather started 50 Years ago. Cash grew up fully immersed in the company and has worked in all aspects of the business from sweeping floors to training operators both domestically and internationally. Cash has a long history designing, developing, troubleshooting, and operating dredges and heavy equipment. He has even collaborated with some of the world’s top equipment manufacturers to develop innovative new products.

“VMI has a long history, and I intend for it to keep extending. 50 years is quite an accomplishment, and I am proud to continue the progress put in place before me. Only a small percentage of businesses last 50 years, let alone retain ownership under the same family name through multiple generations. VMI has much to be thankful for and so much to look forward to.” Cash Maitlen, VMI President.

So what is it that makes VMI, Inc different?

If you ask the team at VMI what makes their company different you will likely receive varied responses. Responses like, “Our exceptional customer service and the support we give each product. You just don’t see that from other businesses,” -Jason Jenkins, VMI Production Coordinator. VMI’s production foreman, Pat Sumpter, said, “Our quality is next to none.” Parts sales specialist Anastasia Reeves believes that the pride VMI takes in their products sets them apart. In fact, several team members at VMI stated that the amount of pride they take in contributing to the company’s products and service offerings is what makes VMI different. VMI has multiple dredges in service that have individually logged tens of thousands of operating hours and continue to remain in daily use. VMI leads the industry as the number one dredge rental company in the United States and Canada because they prioritize the success of their customers. VMI provides outstanding customer service and a willingness to consult with clients through every step of the rental and sales process.

VMI continually strives to lead the dredging equipment industry in the design and development of innovative products. The entire VMI team accepts a high level of responsibility for the quality of their work and is determined to continually surpass the industry standard by providing best-in-class products and services.

Fifty years ago, Gene Maitlen and Bob Vaughn created VMI, Inc. with nothing more than an idea and a great deal of perseverance. With a lot of hard work, research, growth, and pride in our equipment, VMI is now recognized worldwide and continues to surpass industry standards.

We celebrate this milestone with immense gratitude to our customers, friends, and our patriarch, Gene Maitlen and his sons Tony and Randy, without whom none of this would have been possible. They instilled the values of honesty, perseverance, hard work, pride and countless others in their families and their business. Those qualities are shining through at VMI, Inc today through the leadership of Cash Maitlen and all the team members who continue to display pride in everything they do.

We are proud to celebrate our 50th Anniversary and are excited to see what the next 50 years brings! Here’s to 50 more years!

AK is a graphic artist at VMI, Inc with more than 20 years experience in the field.